Afghanistan team is playing like a top class team if not see their recent performances and so they played against Bangladesh. Let it be their bowling, fielding or batting they are in different zone, specially if you talk about their bowling which has been their strongest weapon since the rise of bowlers like Rashid Khan and Mujeeb ur-Rahman. Rashid Khan is not only top bowler but his batting skills is also noticeable which gives him a top all-rounder tag in world-cricket. 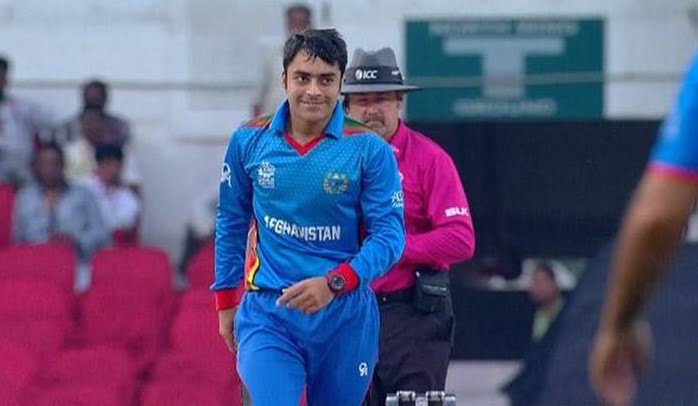 Afghanistan beat Bangladesh who already had beaten Pakistan in their previous match but it was one man who brought back Afghanistan in the game when his team was struggling to score the runs. Birthday boy Rashid khan did nothing wrong on his birthday and delivered a much needed batting, bowling as well as fielding. The 20 years turning lad Rashid who is world’s number one bowler in t-20 proved his worth for his team to register a massive win against mighty Bangladesh.

Toss : Afghanistan won the toss and opted to bat first.
Man of the Match : Rashid Khan

Afghanistan won the toss and opted to bat first in a match when most peaple were expecting a upper hand for Bangladesh but it was Afghanistan who won the contest. Bangladeshi bowlers did good job by taking initial wickets but it was Mohammad Shahzad (37) and Hashmatullah Shahidi (58) who build the Afghan inning but at one stage they were 7 down for 160 runs and were on the verge of all-out, it was Hashmatullah Shahidi (58) and Rashid Khan’s (57) counter attack fifties which set the target of 256 runs for Bangladesh in 50 overs.

Considering the type of bowling attack of Afghanistan team it was not an easy chase for Bangladesh batsmen and they lost their on regular intervals against the attack of Afghan team. With 32 run Shakib Al Hasan was the top scorer for Bangladesh team. Mujeeb Ur Rahman did the initial damage and the rest was done by Rashid Khan. Rashid Khan took 2 crucial wickets for conceding 13 runs only.