Hello and welcome to the first match of the Asia cup 2018 which took place between Bangladesh and Sri Lanka. Comeback man Lasith Malinga was in different zone as he took 4 wickets, despite his splendid spell, Bangladesh manages to score a total of 261 runs for chase. Bangladesh batsman Mushfiqur Rahman scored career-best inning of 144 runs. Let’s have a quick look at bangladesh vs sri lanka asia cup 2018 match. 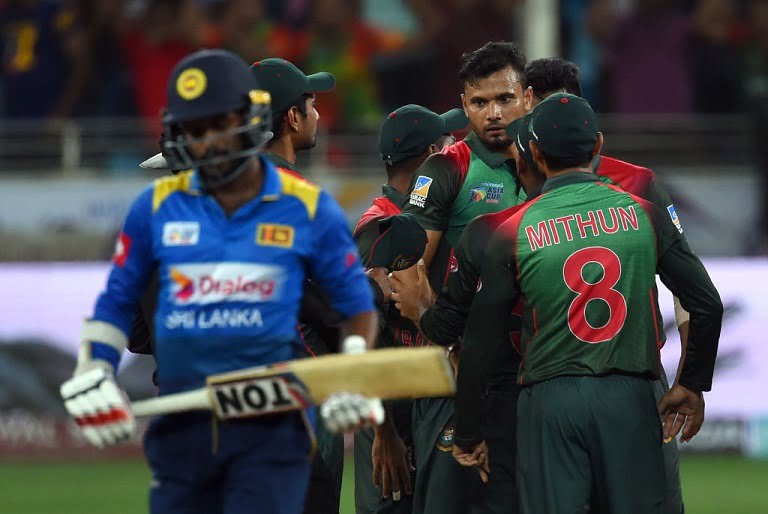 Toss : Bangladesh won the toss and opted to bat first.
Man of the Match : Mushfiqur Rahman

Bangladesh won the toss and elected to bat first but it was horrible start for them as Srilankan pacer Lasith Malinga was in full swing ans he took 2 quick wickets and Bangladesh opener Tamim Iqbal got injured and retired hurt also ruled out of Asia Cup 2018. It was Mushfiqur Rahman(144 runs) who build the inning with Mohammad Mithun(63 runs) and posted a good total for Srilankan batsmen. From Sri Lankan side Malinga was the pick of bowler who took 4 wickets.

In the chase Tharanga started the opening over with a six and played a cameo inning of 27 runs in just 16 balls but couldn’t convert into big and no srilankan batsmen score more than his score as bangladeshi bowler were exceptional with their bowling. Banglades captain Mashrafe Mortaza took two quick wicket and got support from the whole bowling unit. Srilankan batsmen manages to score only 124 runs and bangladesh won the match by 137 runs and started their Asia Cup 2018 campaign with a easy and stunning win.

Shocker : Afghanistan on a roll to beat Sri Lanka by 91 runs in Asia Cup 2018