Masterclass inning by MS Dhoni put CSK on top. At one stage CSK was barely looking to score around 150 runs but it was Dhoni special inning of 75 runs in 46 balls which helped CSK to put the total of 175 runs on the score board. Let’s read out the complete details of CSK vs RR 12th match IPL 2019 here. 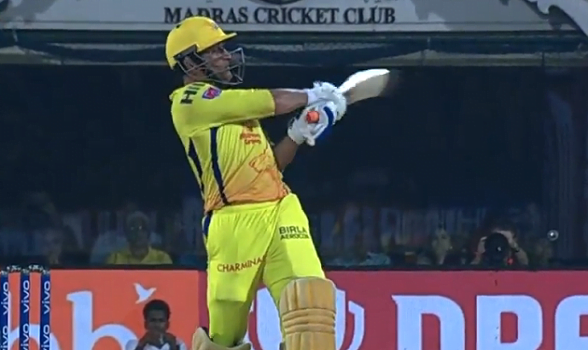 Rajasthan Royals won the toss and opted to field against Chennai Super Kings in Chennai. Rajasthan Royals bowlers did the commendable job by taking initial wickets and were also able to control CSK run rate. Till 10th over CSK made only 55 runs but CSK captain MS Dhoni backed his team by scoring his second highest score of 75 runs in just 46 balls in-front of home crowd at Chennai.

Raina also scored important 36 in 32 balls. From Rajasthan Royals Jofra Archer was the pick of bowler who took 2 wickets and given just 17 runs with 1 maiden over. Dhoni and Jadeja made 28 runs from the last over of inning to guide CSK to 175 runs.

In the chase Rajasthan Royals lost their 3 wickets in power-play itself. In the process Sanju Samson completed 2000 runs in IPL and becomes youngest to 2000 IPL runs. Rahul Tripathi was looking in good touch today but got out after making 24 ball 39 runs. Steve Smith also couldn’t stay long and outs on 28 runs.

It was Ben Stokes who given some hopes with his batting but at the main time in final over when RR needed just 12 runs, he got out on first ball by making 46 runs in just 26 balls. Jofra Archer played cameo inning of 24 runs in 11 balls but that was notenough as RR manage to score only 4 runs in last over and lost the match by 8 runs.