Final match between India vs England at Leeds won by England as their star batsman Joe Root hit back to back century with match winning contribution by English captain Eoin Morgan. Indian were never in the game, since the start from toss to defending the total of 256 runs England made it quite easy task and they won the match by 8 wickets. Let’s have a look at India vs England 3rd ODI match. 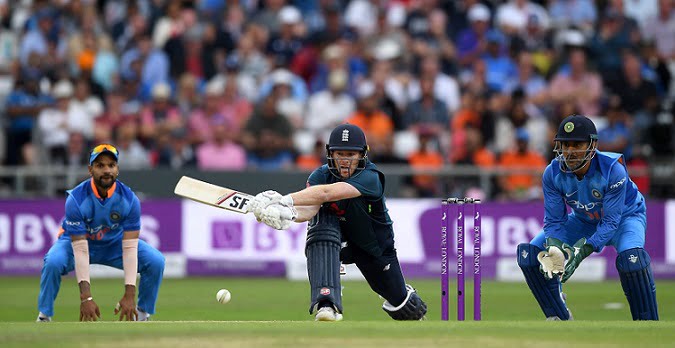 Toss : England won the toss and opted to bowl first.
Man of the Match : Joe Root

After loosing the toss India came to bat first in India vs England 3rd ODI match at Leeds and their start was too slow as Rohit Sharma got out early by making 2 runs in 18 balls, Shikhar Dhawan and Virat Kohli build the partnership but they couldn’t accelerate the run rate. India were able to play their quota of 50 overs by posting a moderate total of 256 runs and it was Shardul Thakur’s cameo inning of 22 runs in 13 balls that posted the total to cross the 250 run mark on the board.

In the chase England openers gave a positive start but they could’t stay at the crease for long innings and both openers got out within 10 overs of game. It was previous match hero Joe Root and Eoin Morgan who build the partnership and went not out as Joe Root hit 100 runs in 120 balls and became the highest centurion for England and Eoin Morgan played an inning of 88 runs in 108 balls. Both batsmen was at the crease untill they won the match for their team. So England won the final match to lift the ODI series by 2-1.

England won the toss and opted to bowl first