Much awaited and hyped match between India and Pakistan happened today but it was not a cracker one as expected from every Indo-Pak match, it was Indian bowler who didn’t allow Pakistan batsmen to settle at the crease. India vs Pakistan Asia Cup 2018 match resulted in a one sided match as India won the match in 29 overs only after chasing the moderate total of 162 runs.

In the last match India missed their top bowler Bhuvneshwar Kumar and Jusprit Bumrah very badly but you can say it was silence before Tsunami and they returned to the squad to thras the opponent very badly in this match. 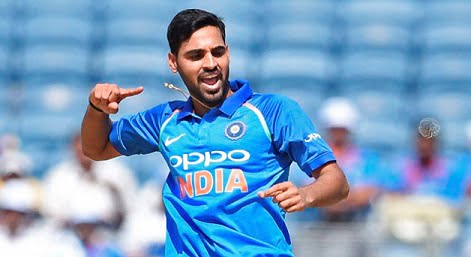 Toss : Pakistan won the toss and opted to bat first.
Man of the Match : Bhuvneshwar Kumar

Pakistan won the toss and opted to bat first and the rest work was done by the Indian bowling duo of Bhuvneshwar Kumar and Jusprit Bumrah as they never gave any room to Pakistani batsmen. It was the tight bowling of indian pacers that both the inform opener got out in opening 5 overs only and it was Babar Azam (47) and Shoaib Malik (43) who scored some runs on the board but that was not enough, finally they were all out on 162 runs only.

In the chase the Indian opening pair Rohit Sharma (52) and Shikhar Dhawan (46) gave India a solid start which was carry forward by Ambati Rayudu (31) and Dinesh Karthik(31) till the end and gave India an easy win in 29 overs only.

Bhuvneshwar Kumar and Kedar Jadhav were the top performer from Indian side as both took 3 wickets each but it was the Bhuvi’s bowling which damaged the opponent badly. For his performance Bhuvneshwar Kumar awarded as man of the match.