Once again West Indies all-rounder Andre Russell proved why he is called Russell Muscle with his power hitting and all-round show at Eden Gardens. Andre Russell’s late blitz of 48 runs in just 17 balls helped KKR to post 218 runs on board. Let’s read out the complete details of KKR vs KXIP 6th match IPL 2019 here. 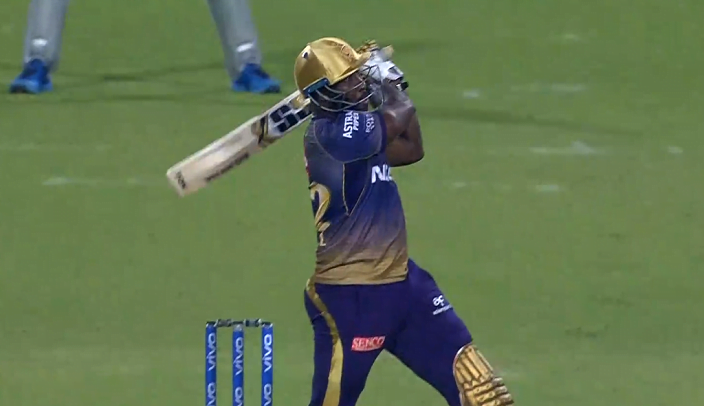 KXIP invited KKR to bat first at their home ground. Kolkata Knight Riders dashing opener Robin Uthappa came to one down and played a stable inning of 67 runs at one end. Earlier non-regular opener Sunil Narine played a entertaining inning of 24 runs in just 9 balls. Nitish Rana and Robin Uthappa build the KKR inning later which set the good stage for Andre Russell Muscle. Nitish Rana played a splendid inning of 63 runs in 34 balls which included 7 sixes. In the end overs Andre Russell hit the KXIP bowlers so badly that Kolkata end their inning with 218 runs on board. Russell made 48 runs of just 17 balls.

Now for the chase every fan was expecting a spectacular start from KXIP openers Chris Gayle and KL Rahul. But they got out easily in power play over. When it seemed Gayle Storm is on the way, he got out. Gayle hit 2 sixes in his 20 runs inning of 13 balls. It was Mayank and Miller who showed some fight but it was not enough. Both batsmen scored half centuries but could’t provide the match winning runs. Mayank and Miller scored 58 and 59 runs respectively. Mandeep Singh also scored quick 33 runs in 15 balls but all these efforts ware not enough and Kings XI Punjab lost the match by 28 runs.

Andre Russell was chosen as man of the match for his all-round show of 48 runs and 2 crucial wickets of Chris Gayle and Sarfaraz Khan.