India beat New Zealand by 35 runs in 5th ODI of ongoing series which is being played in New Zealand. With this win India won the ODI series with 4-1 lead. New Zealand did everything right as they reduced India to 18-4 but it was Rayudu who stood tall and scored 90 runs and India posted a competitive total of 252 runs which seemed impossible at one stage.

Man of the Match: Ambati Rayudu.

Man of the Series : Mohammed Shami. 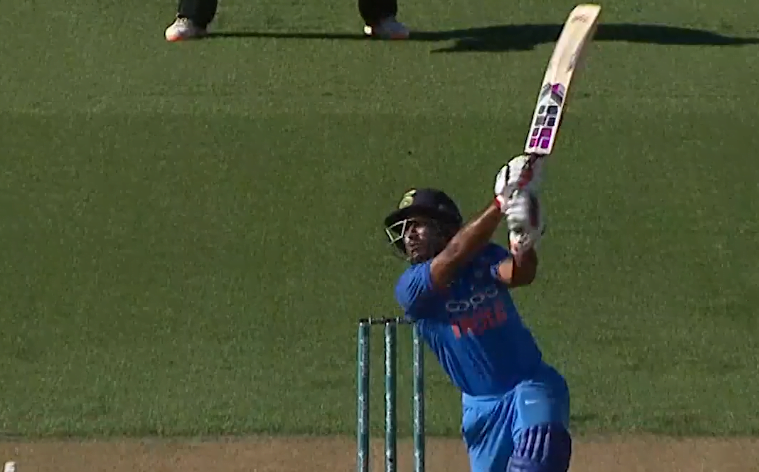 Toss : India won the toss and opted to bat first.
Man of the Match : Ambati Rayudu

India won the toss and opted to bat first, but Indian captain Rohit Sharma’s decision of batting first seemed wrong as New Zealand bowlers didn’t give enough time and space to Indian batsmen to settle down at crease and India lost their 4 wickets within 10 overs and scored 18 runs only. It was Rayudu and Vijay Shankar who built the inning and they scored 98 runs with each other for 5th wickets with this partnership India went past 100 runs before Vijay Shankar got out by making a crucial 45 runs. Ambati Rayudu scored got out on 90 runs and it was a cameo inning of Hardik Pandya as he scored quick 45 runs in 22 balls and in the end India all out with 252 runs on board in 49.5 overs. Matt Henry and Trent Boult were the star performer from New Zealand side as both shared 7 wickets between each other.

In the chase, Indian bowlers were also phenomenal as Shami got both opener’s wicket in initials overs only. They were in search of partnership which never happened for long time. It was their skipper Kane Williamson who scored 39 crucial runs in starting and James Neesham also scored 44 quick runs in 32 balls with support from their wicket-keeper batsman Tom Latham who scored 37 runs but these runs were not enough to win the match as New Zealand lost wickets in regular intervals and failed to build big partnership which in the end resulted in loosing cause for New Zealand as they all out by making 217 runs with 35 balls remaining.